Below is a small collection of real world case studies, work we have done for our clients. We think these stories speak for themselves. Get in touch and we can start telling your story.

“We’ve been around a long time but haven’t had any location-specific presence online.”

The Client: Budget Blinds in 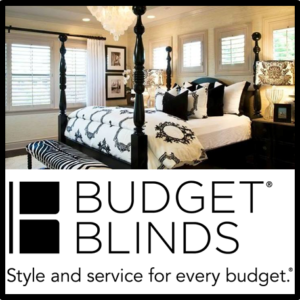 The Strategy: Budget Blinds is a corporate franchise. What we encounter most of the time with franchises is that the corporate hub creates generalized posts for ALL of the locations that have nothing to do with the local franchise on a grassroots level OR their local community. How did we get around that? Through tactics, of course!

The Tactics: We worked to make the messaging more personal and tailored the content to fit their specific location. We added images of the owners and installers to showcase the message and personality of the people that work there. We fostered a personal connection with their customers through heartfelt messaging and branding designed just for them!

“We do extremely important work but no one notices us online!”

The Client: Smaller, nonprofit focused on child abuse prevention in Naperville, IL consisting of a staff of four, Including the Executive Director.

The Challenge: The staff had ZERO time to dedicate to digital messaging of any kind. They were simply too busy and overwhelmed with their work. What did get shared was inconsistent and did not tell a compelling, accurate story of who they were or how they help thousands in their community. Their efforts were not getting much exposure and therefore little to no results.

The Tactics: We highlighted stories of the families that they helped and started sharing real stories about real people. We strove to make the full impact of their work felt to anyone who clicked on any post or video on any of their platforms. We made it very human and personal.

The Results: At their large annual fundraiser they raised more money and got greater attendance (over 300 people for a breakfast) and awareness than they have ever had in their history. They have increased donations and expanded paid staff and volunteers. This expansion has led to more clients in need being served. Over the past two years the number of educational workshops they have scheduled has nearly tripled. Their Facebook posts alone get over 4,000 people engaged on most days and over 2,000 people reached!

I’m ready to get results!

On average, behind the scenes activity on Facebook consists of 55 touch points for every post, That means we are doing 55 things behind the scenes that you are most likely unaware of to help grow your business. Instagram is at about 80 touch points for every post, These are just two examples of the kind of customized work that we do to keep you relevant and in the game.